May 5. Easter Sunday in Lviv (Lwow, Lemberg). It’s the last day of our trip. A last time we walk through the city, let the multi-ethnic past and present of Galicia affect us. It is time to say goodbye. 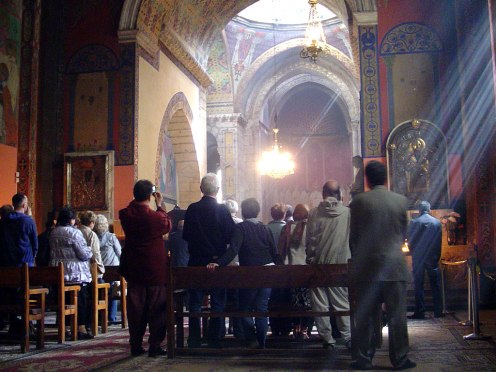 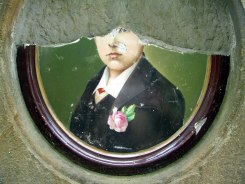 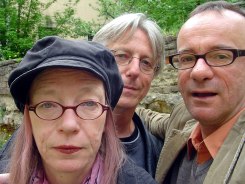 Travel companians: Petra, Achim and I 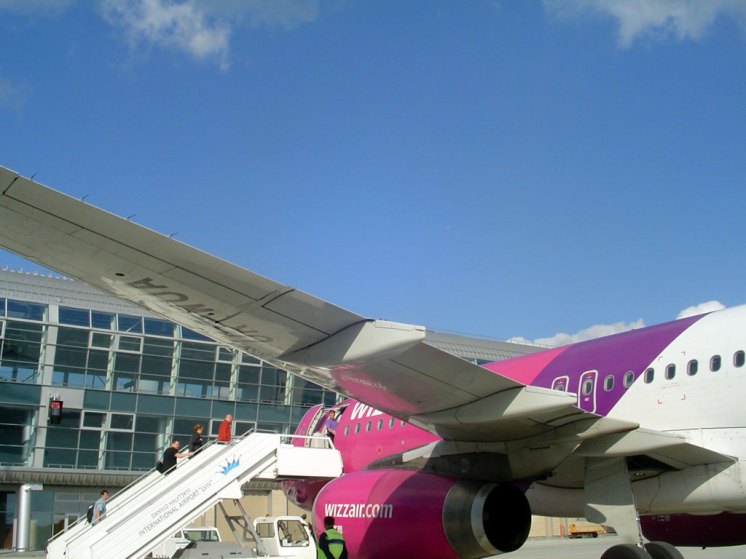 Lviv – airport
We leave the Soviet-style Hotel Lviv, Achim checkes in for two more nights at the Hotel George. He will travel by train to Moldova for another week. Then we stroll through the city for a last time.

Today people are dressed properly for the high holyday. Men and women wear shirts and blouses with beautiful traditional Ukrainian embroideries. Many carry with them baskets containing eggs or Easter cake and covered with an embroidered cloth. The traffic on the major Svoboda Boulevard is blocked. Pedestrians take over the city.

We pass once more the remains of the Golden Rose, the oldest synagogue in Galicia. From the Armenian Church sounds, like from all the other churches, the Easter liturgy. We go inside for a while, listen to the interplay of praying and choral and let us affect by the holiday spirit.

We drive out to Lychakiv cemetery, the old Christian cemetery with its Polish, German and Ukrainian graves. Inside the cemetery there is a large Polish military cemetery, a smaller Ukrainian military cemetery and a Ukrainian memorial. The drama of Lviv is visible here: Poles and Ukrainians had bloody battles over the ownership of the city. We read the birth and death dates on the grave stones. Most of the soldiers were 17, 18 or 19 years old when they fell. They gave their lives for an independent Poland and an independent Ukraine. Both dreams have become reality now. The Jewish population was in the middle of this conflict and did not share the nationalism of the Poles, nor the nationalism of Ukrainians. Perhaps the Lviv Jews were the first Europeans. The old Polish grave stones on the Lychakiv cemetery bear the marks of the conflict. Many portraits of the deceased are destroyed.

We make our way to the airport. Achim says goodbye to Petra and me at the security control. Our flight is a little delayed, but we will leave Ukraine almost on time. Two adventures weeks lay behind us. We leave with emotions. We will come back.

7 thoughts on “A last day in Lviv”