Marla, Jay, Vasyl and I were on the road again for another two days trip through Galicia during this weekend. From Lviv we headed south-west towards the Carpathian Mountains. Komarno, Rudky, Sambir and Staryi Sambir were our targets on Saturday. A trip between hope and depression. 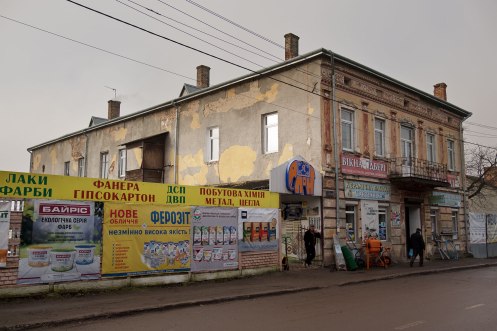 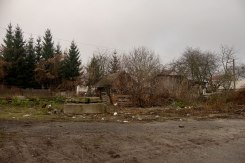 Komarno – location of the destroyed synagogue 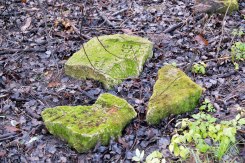 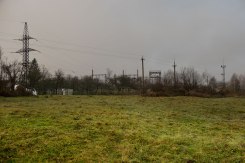 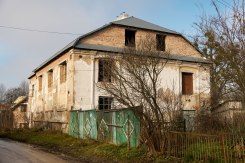 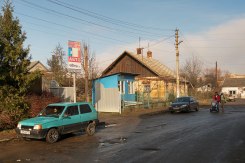 Rudky – building of the Judenrat 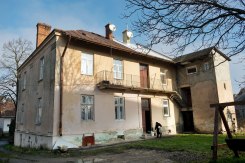 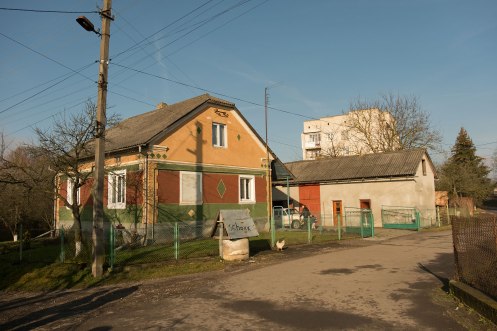 Rudky – territory of the Jewish cemetery 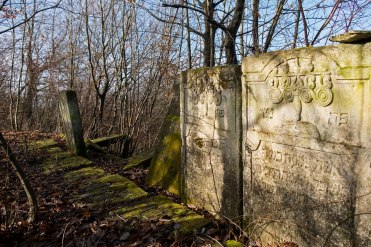 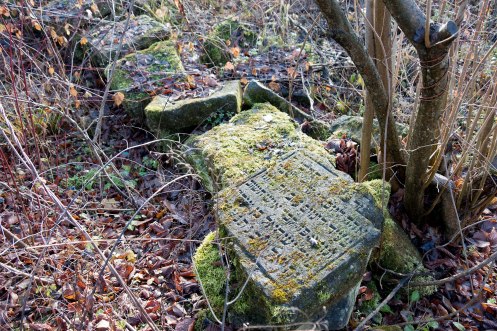 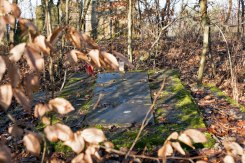 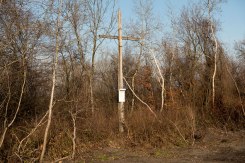 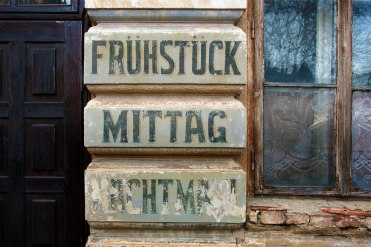 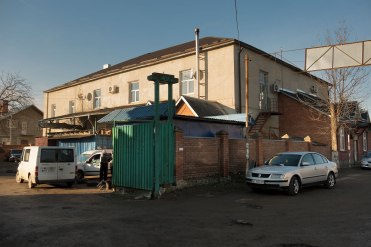 Staryi Sambir – Jewish cemetery
Not much is left of the Jewish heritage in the small town of Komarno. The synagogue does not exist any more; the cemetery is mainly empty space – with the exception of an ohel and some tombstone fragments returned from construction grounds. Only the former rabbinical residence speaks of the Jewish past.

The situation is a bit better in Rudky. There, we were expected by Volodymyr Kogut. Volodya has researched the Jewish past of his native town in depth. He was so kind to guide us and showed us the synagogue – now a private property, located in the former ghetto – and more locations related to Jewish life under German occupation. Among them were the building of the Judenrat and the Gestapo headquarter. Nothing remained of the Jewish cemetery. The territory was build over in the Soviet period. Tombstones that appeared during construction works were brought to a mass killing site outside the town limits. A survivors organisation arranged them to a memorial that is now densely overgrown. Volodya has plans how to improve the situation at this sad memorial site and is looking for project partners. Not far from the site where the Nazis murdered the local Jews is another site of terror – a cross marks the spot where the NKVD murdered possible opponents to the Soviet occupation in 1941, among them the director of the Polish school.

Thank you Volodya, for your commitment and for guiding us! You are giving me hope for a better future of your country – and this is was you and Ukraine deserve!

Sambir depressed us. The former synagogue underwent changes to an extent, the original purpose is not recognisable any more. Only a small number of tombstones can be found in the large territory of the Jewish cemetery, which is now a public park. More present are memorials for Ukrainian Nationalists – marked by big crosses. There is no evidence the Jewish cemetery was a killing site for Ukrainian Nationalists.

Staryi Sambir brought us back to better mood. During an international summer camp – organised by Sasha Nazar and his friends of Lviv Volunteer Center – Staryi Sambir’s synagogue received a new roof and a big part of the Jewish cemetery was cleared of rampant vegetation. Both places have a special atmosphere. The state of preservation of heritage sites – not exclusively Jewish sites – differs from place to place. While some places are frustrating, others give reason for hope. We experienced both today.

2 thoughts on “South-West of Lviv – Between Hope and Depression”