In the early afternoon of 24 April, my friends and I reached Brest, one of the biggest cities in Belarus and known for the peace negotiations at the end of World War I and its uncompromising resistance against the invading German forces in World War II. En route were Jewish heritage sites in Pruzhany, Sharashova and Kamienets. 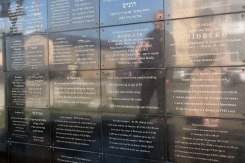 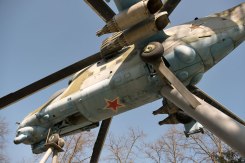 On the road – Afghanistan war memorial 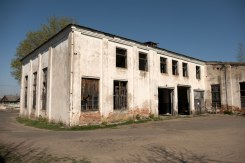 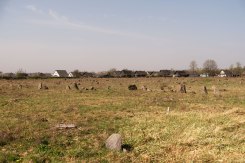 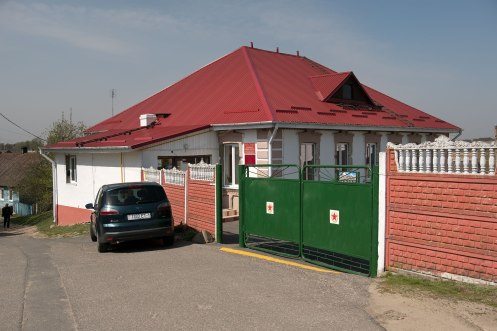 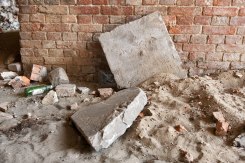 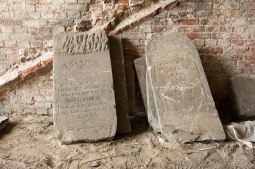 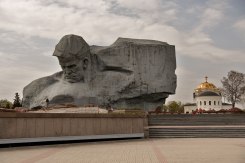 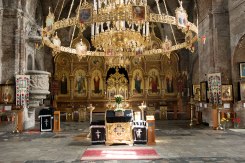 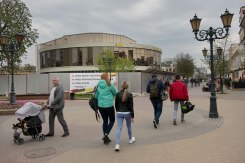 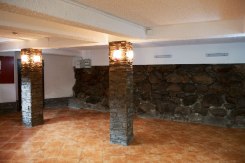 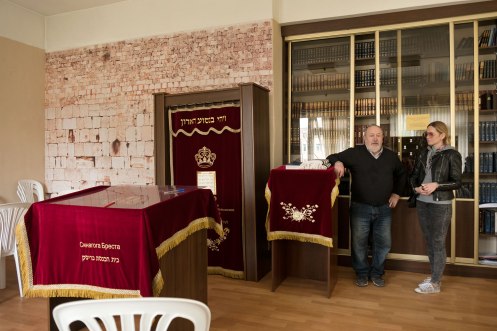 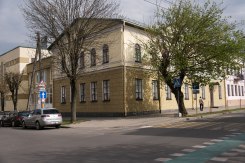 Our day began in Pruzhany, where we had stayed over night. We had a look on the remains of the former synagogue – nothing reminds of the former purpose – and visited the local Jewish cemetery. A memorial commemorates the deportation of Pruzhany’s Jews to Auschwitz-Birkenau. A plaque at the memorial reads like that:

In memory of our loved Jews of Pruzhany and vicinity deported to Auschwitz-Birkenau with the liquidation of the ghetto in four transports from the train station Oranczyce.

We headed further south to the town of Sharashova, visited the Jewish cemetery, and had also a brief stop in Kamienets. We found a former yeshiva – unrecognizable today – and two synagogues. One is a residential building now, the other one serves as a local Military Commissariate. Finally we reached Brest. From now on we would be on our way back to Minsk – mainly driving along the Brest-Minsk motorway – with detours in between.

Brest turned out to look unexpected beautiful. Despite the destructions of World War II, it has a well preserved old town. In the 19th century the city center was moved 2 kilometers eastwards to give space for the construction Brest fortress, a large fortification complex, which is until today an outstanding landmark. Brest was part of inter-war Poland and was handed over by the Germans to the Soviets in 1939. In 1941, Soviet forces resisted for a long time when the Germans invaded the Soviet Union.

Huge memorials remind visitors of the cruel events of the besiege of Brest fortress. To be honest, I don’t understand this Soviet style commemoration. They turn death and suffering into a heroes story in which is no space for grief, fear, despair or any other human dimension.

In one of the fortress’ casemates also Jewish tombstones from construction grounds are stocked. Another puzzle that nobody would be able to put together.

Brest still is home of a Jewish community with a functioning synagogue. We had a brief visit to say hello. Other places of the city’s Jewish history tell their story only after a close look. The great synagogue is a movie theatre now, but the old fundaments are visible in the basement. Another synagogue serves as a residential building, the former Jewish hospital is still a hospital and obviously well maintained.

A monument reminds passerbys of Israel’s prime minister Menachim Begin, who achieved the peace treaty between Israel and Egypt. Begin was born in Brest in 1913 – after Shimon Peres already the second trace of an Israeli prime minister we found in Belarus.

In our excellent hotel we found Lenin doing well in the lobby. An oversized bust is dedicated to the former leader of the Russian revolution. More celebrities can be found on photos in the stairwell, but they don’t say much to foreign visitors, not familiar with Soviet politicians and show stars. At least one person I identified – Fidel Castro. But I don’t think I slept in his bed.