April 30. Our time in Chernivtsi (Czernowitz) comes to an end. We have to say Goodbye to the city and to dear friends. The second part of our journey begins. On the way back through Galicia are Zabolotiv (Zablotow) and Kolomiya our first stops. 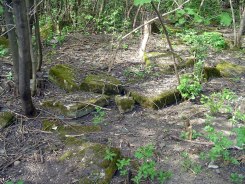 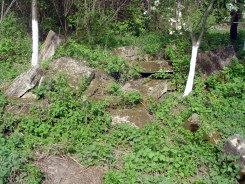 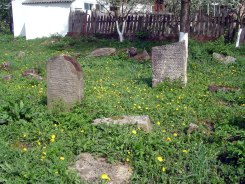 Zabolotiv – Polish cemetery
Mimi and Sasha have already left yesterday, we leave Chernivtsi today. After a visit to the Jewish Museum, we sit down for a final farewell coffee at a sidewalk café with Katharina, who has been with us for four days. We will miss her. Achim, Petra and I are a bit sad, but also curious about what lies ahead.

Then we are back on the road and make our way through Galicia towards Lviv (Lwow, Lemberg). Today we want to go to Kolomiya and thereby make a stop in Zabolotiv (Zablotow), the birthplace of Manes Sperber, a prominent psychoanalyst and writer.

We reach Zabolotiv and search for the Jewish cemetery. It should be located near a monument at the towns’s entrance. We see the monument, but no cemetery. I ask a man sitting on a bench next to the monument. “Ahoy” he replies, and introduces himself as Vasil. Vasil speaks Ukrainian, Polish and Czech. I do not speak any of these languages, but we manage to communicate.

Vasil is Czech. Poles, Czechs and Jews have lived in Zablotiv he says. The Jewish cemetery is just a few meters away. We reach a small forest. Some Jewish cemeteries are neglected, we have seen this not once on this trip. But this cemetery is not only neglected, it is a dump. Waste is everywhere. Vasil spreads his arms in a gesture of despair and shook his head. We are speechless. This place is so deprived of its dignity, that we can not believe it.

Vasil wishes necessarily to show us some more. We do not understand what, but he points to our car again. We pass through the town’s center, then he wants us to stop. Vasil points to a monument. There is a bust of Manes Sperber, the most famous son of the town. At least something commemorates Jewish Zabolotiv.

Vasil wants to show us even more, he points back to the car. We head towards the outskirts and Vasil directes us to the Polish cemetery. Also this cemetery is not in good condition, but in much better than the Jewish cemetery.

We bring Vasil back to the center of town. He makes us the gift of a bread and expresses his heartfelt goodbye. Vasil is a simple man, his willingness to show us Zabolotiv was very touching. We will think of him with gratitude.

We continue to Kolomiya. Our last stop for today. The city turns out to be unexpectedly beautiful. But this is already another story. 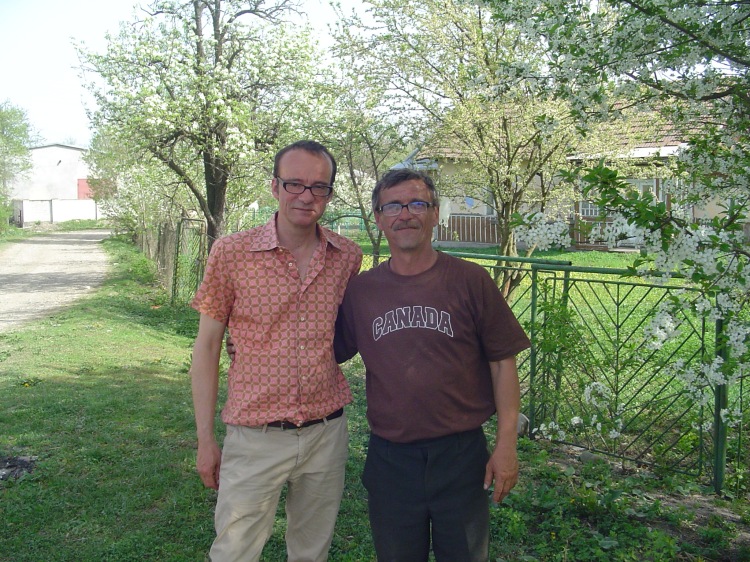 13 thoughts on “From Chernivtsi to Kolomiya via Zabolotiv”