From June 5 to 15 I will travel in Ukraine again. Together with my friend Sylvia de Swaan I will thereby explore an area that is unknown to most people. However, those who have heard of Transnistria, think of the place with horror. 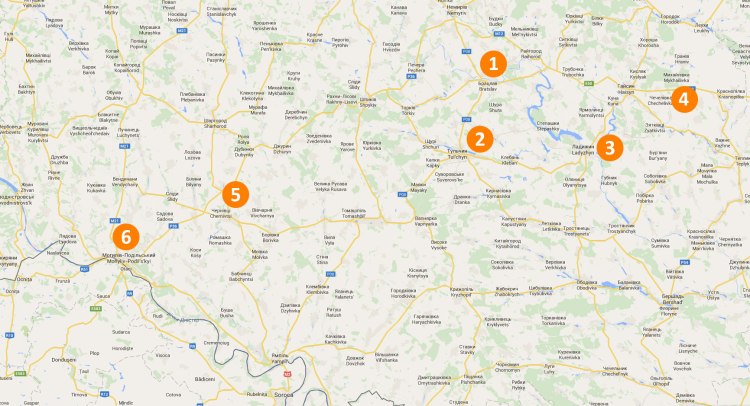 Former Transnistria has nothing to do with the present part of Moldova by the same name, which has declared its independence and is one of the “frozen conflicts” created by Russia in recent years. Literally, the term means the “land beyond river Dniester” and referres to a region in Podolia, now part of Ukraine. Transnistria was a place of mass deportations during the Romanian Holocaust. Jews from Bukovina, Bessarabia and Odessa were deported to concentration camps and ghettos in Transnistria. They were often handed over to the Germans as workers – a journey of no return.

My friend Sylvia was deported with her mother and sister to Transnistria, when she was still a baby. All three have survived and Sylvia is now a great photographer in America. Photography will naturally play an important role in our journey. But for us – me as the son of a German soldier and for Sylvia as a survivor – our talks will be important as well. We’ll see where we this second journey – the journey of talks – will lead us.

So far, our itinerary consists of these places:

Bratslav, a center of Hasidism

Tulchyn, where Sylvia and her family were in the ghetto

Cariera de Piatra (Romanian for quarry), one of the many former Romanian concentration camps in the region

Chernivtsi, a former shtetl with a today deserted town’s center – not the Chernivtsi (Czernowitz) the readers of this blog know

Mohyliv-Podilskyi, one of the largest ghettos in Transnistria, which gained sad literary celebrity by Edgar Hilsenrath’s novel “Night”

As always, I am grateful for advice on everything located along our route.

7 thoughts on “Plans For June”