Galicia, Kyiv, Greece and some exhibitions. There is still a lot to tell about the past year. The forced break caused by the corona virus gives me the opportunity to do it.

Lviv – trace of a mezuzah 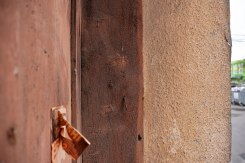 Brody – trace of a mezuzah 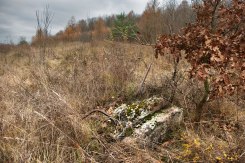 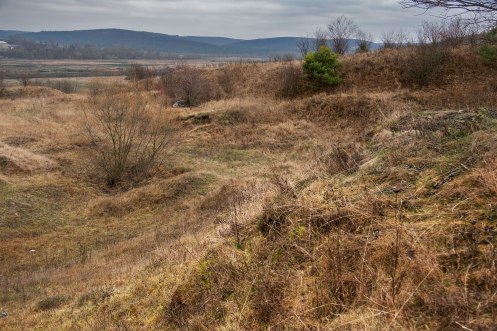 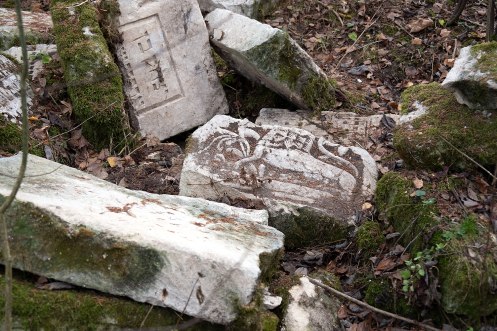 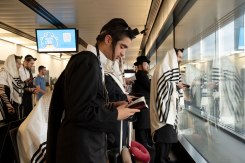 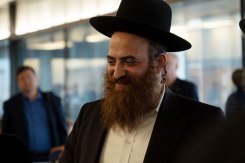 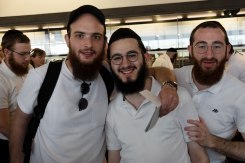 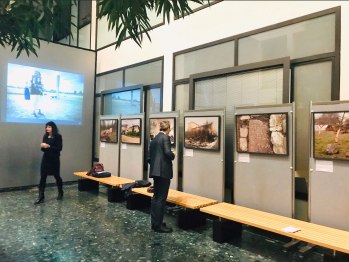 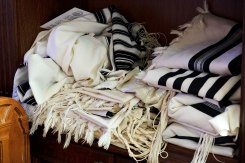 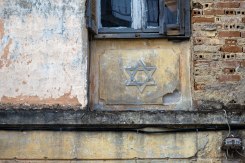 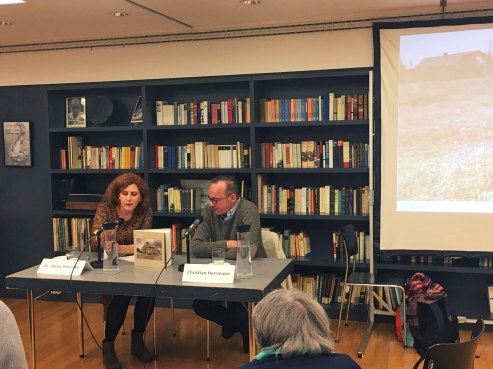 The last year has been wonderful, but also very tiring. I traveled a lot and as a result of the publication of my book “In fading Light” I was asked for exhibitions, interviews and book presentations. In the end, I was completely exhausted.

Now we all live in a strange state – including me. As a result of the corona crisis, I work from home, traveling is impossible. I feel how I’m slowly recovering and a little bit of my old energy is returning. This gives me the opportunity to report on some things that have not been published on this blog yet.

Vangelis is not only one of my favorite relatives, he is also one of my dearest friends. We have often talked about my trips to Ukraine. The country has a special meaning for us because our great-grandfather traded with Greeks in Odessa. Finally, my cousin asked me if we could travel to Ukraine together. We decided to spend a weekend in Lviv and scheduled the trip for November 15-18.

As soon as we arrived we went to Sholem Aleichem Street. The team of the “Territory of Terror” museum has its office there. Their landlord recently offered to install a new heating system – a good opportunity to renovate thoroughly. When they started removing layers of paint and old wallpaper, murals came to light. The motifs left no doubt: what is now an office was once a synagogue. In the meantime, conservators have started to save the murals and it is quite possible that more will be discovered. I am grateful to director Olha Honchar and her team for giving me the opportunity to photograph this wonderful find.

The next morning we met my friend Sasha Nazar, one of the most important activists of Lviv’s Jewish community. What was originally intended as a short visit to Jakob Glanzer Shul, one of Lviv’s last surviving synagogues, developed into a long walk through the city. Sasha wanted to show me some things that I didn’t know yet. Among them were a recently discovered shop sign in Yiddish and the trace of a mezuzah in a backyard. Thank you, Sasha!

Galicia is not just Lviv. On Sunday it was time for an excursion with our experienced travel team – Vasyl, Marla, Jay, Ira and Anna. Traveling with them is one of the possible definitions of the meaning of life. It’s never boring.
We decided for some highlights of the region as we believed Vangelis should see them: the Jewish cemeteries in Busk and Brody. In Brody I was also looking for something else: a completely preserved mezuzah in the stairwell of an old house. We found it!
Marla and Jay had also suggested Pomoriany, a small town south of our west-east route. While Busk and Brody represent the well-preserved Jewish heritage sites, Pomoriany stands for the many places where the material Jewish legacy was completely erased during and after the war.
Jay had researched the GPS data of the Jewish cemetery. It is situated on a hill near the village. There is no real road there and at some point Vasyl said that we had to walk from now on. An old woman watched us curiously over her garden fence. “Yes, the cemetery is up there on the hill,” she said.
The cemetery has been almost completely destroyed. We found only a few cement foundations of graves. There is a sand pit next to the cemetery. Bones of humans and animals lie on its bottom. We don’t know what happened there. The sand pit can be the site of a mass killing from the time of the German occupation. But it is also possible that a part of the cemetery has slided into the pit. Only historians and forensic experts could provide certainty.
On the way back to the car, the old woman called to us. She wanted to show us something, she said. We followed her into her garden to one of the typical cold storage. Every farmhouse in a Ukrainian village has such a place. It is a hut that is buried in the ground and keeps food fresh for a long time. But not every cold storage is built like this. This one consists of Jewish tombstones.
Many more tombstones were used in the former Pomoriany collective farm. Steps and foundations were made of them. We found a pile of broken tombstones on the edge of the site. One of the collective farm buildings was probably demolished and the workers did not know what to do with the tombstones.
Days like these are emotionally exhausting. You don’t get through them well without friends to talk to.

How many times did I change from one flight to another in Kyiv? I stopped counting. But on September 26, 2019, Kyiv was the destination of my trip. The day had already started interestingly. I had to change flights in Vienna and the airport was crowded with Hasidic pilgrims on their way to Ukraine – people in good spirits who were looking forward to the pilgrimage to Rabbi Nachman’s tomb in Uman.

With the opening of the exhibition on September 26, my photos of Jewish heritage sites returned in a way to their origin for the first time. I owe this to Myroslava Hartmond of Triptych: Global Arts Workshop, one of Kyiv’s most important galleries.
I can’t thank Myroslava enough! Not only did she arrange a nice exhibition of my photos, she also managed to get the German embassy on board. Hannes Munzinger gave a nice opening speech for the embassy. On January 27th, the anniversary of the liberation of Auschwitz, the embassy showed a selection of my photos in their rooms.

And what can I say about Kyiv? The city is impressive. It is booming. Construction sites are everywhere and the new threatens to devour the old. But there are also quiet corners where you don’t believe to be in a big city. With whom could I have explored this city better than with Marla, Jay, Ira and Anna? I will come back and hopefully report more about this metropolis.

I’ve written about Ioannina and Thessaloniki before and I don’t want to repeat myself. Hence only this: Marla, Jay and I drove a long turn through northern Greece in the first half of October. In Ioannina we discovered some house decorations that clearly indicate former Jewish residents. In Thessaloniki we tried to find the remains of the destroyed Jewish cemetery. The tombstones were used as building material after the war. A documentary shows some of the traces, but we and my friend Jacko failed to find them.

It is said that the prophet does not count in his own country. But I can’t complain about my hometown Cologne. Almost simultaneously two exhibitions of my photos were shown there. On November 19, one exhibition was opened in the “Lew Kopelew Forum”, and on November 21, a second one in “Der andere Buchladen” – a popular bookstore. I would like to thank the teams of both institutions, especially Tatiana Dettmer and Friederike Dobrisch. Additionally, I thank Olena Petrenko for the public discussion during the opening in “Lew Kopelew Forum” and Jonas Baeck for reading the texts of Jewish writers in “Der andere Buchladen”.

And now? Now I have to wait until I can travel again.

4 thoughts on “There is still a lot to tell”