Since May 7, Stillpoint Spaces in Berlin’s district Neukölln hosts an exhibition of my analogue black and white photos. They document Jewish heritage sites in Ukraine, Moldova, Romania and Poland. The exhibition will be accessible until end of July. If you are around, come in! 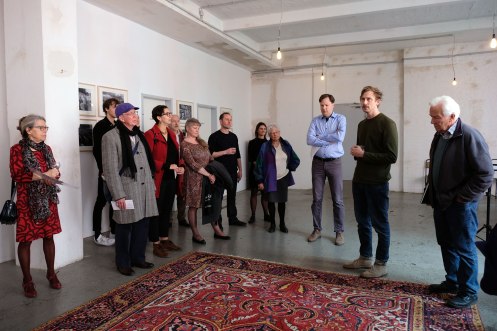 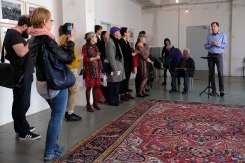 Stillpoint Spaces is a hub for psychoanalysts in Berlin. They counsel at the place but also use their huge loft for cultural events. What could connect psychoanalysis to my work more than a quote by the Baal Shem Tov, the founder of Hasidism?

Forgetfulness leads to exile while remembrance is the secret of redemption.

I’m deeply grateful to Jakob Lusensky of Stillpoint Spaces Berlin, who organized the event; and I’m touched and honored by the excellent opening speech by Adam Kerpel-Fronius of the Foundation Memorial to the Murdered Jews of Europe. Thank you friends!

The brief introduction to the exhibition reads like that:

From the Baltic to the Black Sea, a region extends through Eastern and Central Europe where – in higher numbers than anywhere else in the world – Jews lived until their destruction by Nazi Germany and its local helpers. Galicia, Bukovina, Volhynia, Podolia and Bessarabia – where the images of this exhibition were taken – are part of this region. Today, these old cultural landscapes are part of Ukraine, Moldova, Poland and Romania.Cities and villages in this region were and continue to be multi-ethnic communities. Ukrainians, Poles, Romanians, Jews, Russians, Armenians, Germans, Hungarians, Czechs, Roma and other nations lived and are still living there – albeit in different ratios than before World War II. Jews in particular have shaped the region in a unique way.

During the German occupation in World War II, the Jewish population was almost completely wiped out. The region is still a landscape revealing the effects of genocide: overgrown Jewish cemeteries, ruins of synagogues, study houses, schools, cultural institutions and – sometimes marked, sometimes unmarked – mass graves bear witness to Jewish life and its destruction. What did survive, was eventually shattered by the Soviets.

Stillpoint Spaces Berlin is open from Monday to Friday, but you are kindly requested to make an appointment via e-mail (berlin@stillpointspaces.com) in advance.


Photos in the exhibition cover a time from 2012 to 2016, “classics” that have been shown in other exhibitions before but also new ones, in particular from the trip to Moldova. An information sheet with background information is here for download as PDF file. 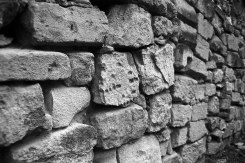 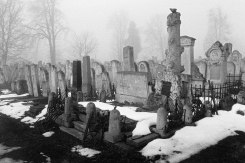 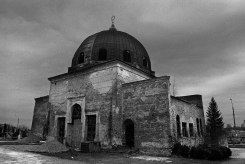 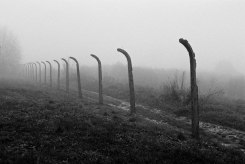 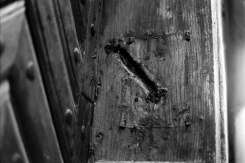 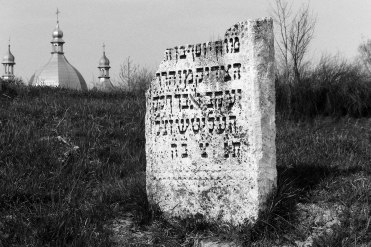 2 thoughts on ““The Search for Traces” on Exhibit in Berlin”